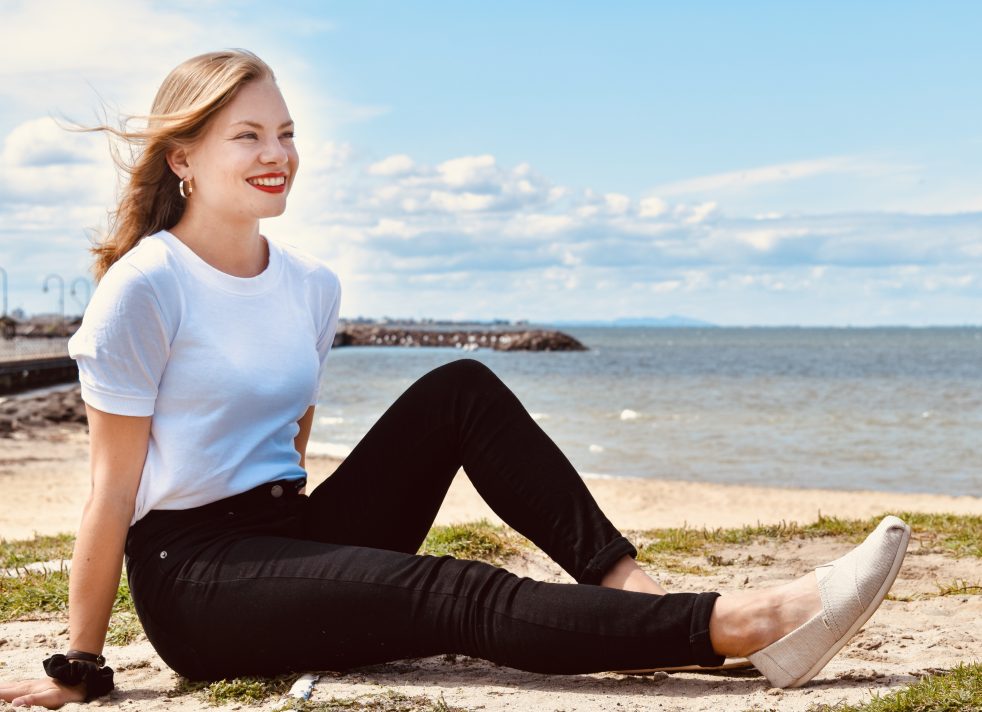 Happy anniversary my blog! It was almost a year ago when I wrote the first post (Start) about my new job in Sweden. Starting a new life in Stockholm as an almost graduated novice teacher doesn’t feel so far away from the present time. This Sunday, 24th February, the Finnish-speaking minority in Sweden is celebrating Sweden Finns’ day. It’s time for a quick identity check after one year in Sweden.

Ironically, I left Stockholm right before the Sweden Finns’ day and came to Finland to enjoy the winter break. I’m not even actually sure if that day concerns me. Am I a Sweden Finn or just a Finnish expat in Sweden? Let’s take a look at the definition of Sweden Finns meanwhile I try to make up my mind about my current identity.

This definition gives us two groups of Sweden Finns: those who were born in Sweden or has lived here for a long time and those who (recently) moved from Finland. The first group, “the locals”, lives pretty Swedish life in my eyes. For many of them, Finland is a place where they spent their childhood summer and Finnish is something they learned from their grandparents. If you ask them about the Finnish culture, you might hear a bunch of old stereotypes, like for example, that Finland is behind Sweden in everything. That might have been true in the ‘60s–‘70s when many people from Finland moved to Sweden to look for a better life – the “finnejävlar” as they were sometimes called.

Back to the definition. I belong to the other group, “expats” (if there’s even a point to separate any groups). I’m an immigrant who was born in Finland, has Finnish-speaking parents and moved to Sweden to work. I listen to a podcast called Ei saa peittää (“Do not cover”) where two podcasters, Loviisa and Marleena, explore the life of young Finnish expats in Stockholm and introduce the differences between Finnish and Swedish cultures. I started to think about how being a Finn in Sweden has changed since the great wave of immigration from Finland 50 years ago. Do we new expats go through the same process of emphasising Finnish culture like the people in the ‘60s before we start to create our own mixed culture?

The reasons for Finns to move to Sweden are still pretty much the same as 50 years ago. The podcasters realise though that the grass is not always greener on the other side and that they feel proud of being Finns (in Sweden). I share the experience of feeling more Finnish than before, but I think that’s because it’s so easy to be a Finn here. If I want, I can follow the local news on Finnish-speaking TV, radio or newspaper and get some of the official websites of Swedish authorities in Finnish. I can meet and mingle with other Sweden Finns in many different groups in social media. And as you know, I even work in Finnish every day! I guess that’s the feeling of being a member of a national minority, not just being an expat – “a person who lives outside of his or her own country” (sanakirja.org).

The new mixture of Sweden Finnish culture is forming. Last year I asked my students if they can say which things in their life come from the Finnish culture and which are Swedish things. We tried to define the word sverigefinska on the whiteboard. At first, they didn’t understand the question at all because they couldn’t find any concrete differences between Swedish and Finnish culture in their life. Instead, they were able to list differences between the countries. They said, for example, that in Finland there’s more forest and that the Finns are quiet people. After discussing the concept of culture, we were able to draw a mind map of some typical features of Finnish culture and Swedish culture. I asked them to form the best combinations of both cultures for themselves. Interestingly enough, many of the students cannot say which one is their first language, but the country defines their nationality. The students who were born in Finland said that they call themselves Finns rather than Swedes.

As far, the definition of Sweden Finns hasn’t convinced me. When I googled “Sweden Finns” (in English), I got one Wikipedia article about Sverigefinnarna and loads of sites about Finland Swedes, aka the Swedish-speaking population in Finland. That’s completely a different thing just like the Wikipedia article goes on: “Sweden-Finns should not be confused with the Swedish-speaking Finland-Swedes in Finland, who comprise a linguistic minority in Finland.” But wait… What about the Finland Swedes who moved to Sweden?

As difficult as it is to define Sweden Finnish culture and as different as the Finns in Sweden can be, we all are members of the same national minority that has its special status in the Swedish society. One thing that we have in common for sure is the special bond to Finland and Finnish culture. Maybe visiting Finland was actually a perfect way to celebrate the Sweden Finnish day! Cheers to national minorities and Sweden Finns!

SVT: Why do we celebrate Sweden Finns’ day?

A Finnish teacher and educator exploring the education systems around the world. I provide private lessons in Finnish and primary school subjects, and develop teacher training courses on Finnish pedagogy. View all posts by teacherroosa